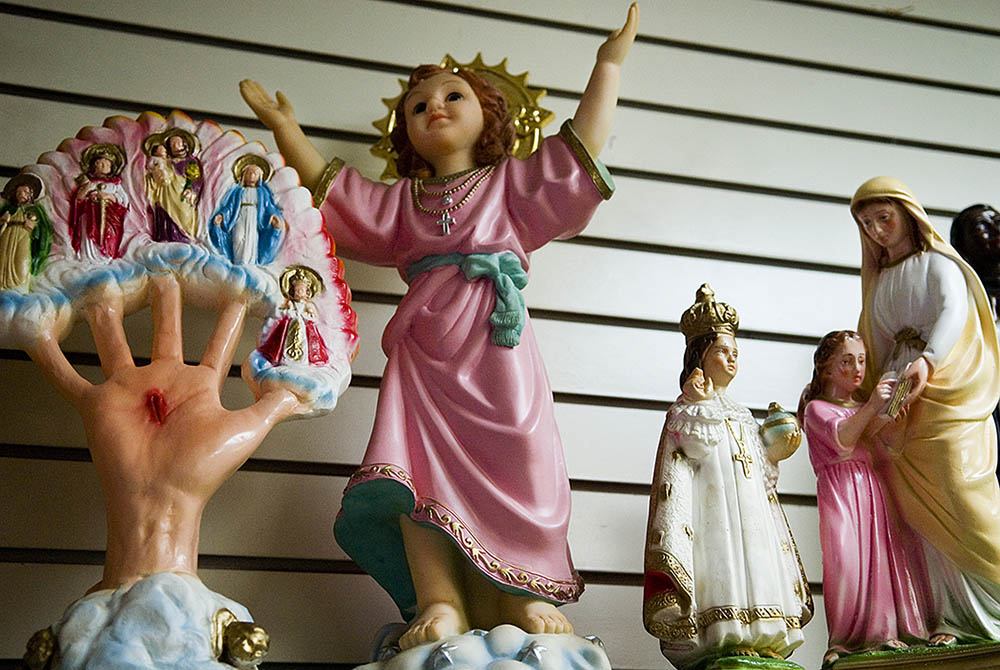 Catholic statues share shelf space in the botanica with other ritual objects. The statues are used as surrogates to represent the Iwa (Haitian spirits) in Haitian Voodoo. The use of surrogates arose during the slave trade. African slaves in Haiti were forced to convert to Catholicism by their French masters. In response, the Africans appropriated Catholic imagery and rituals, creating surrogates for their own religious icons and practices. In this way, they were able to appease their Catholic masters while maintaining important links to their own religious beliefs and heritage.